What is Model Congress?

What is Model United Nations?

Despite a long and rich history as a learning tool and debate model, Model United Nations is only recently gaining mainstream attention (although it was once immortalized in music video form by alt band The Decembrists).

Model Congress is perhaps a little less well-known than its United Nations counterpart – but for many students, it’s an even more exciting way to simulate the daily challenges of policymakers while debating pressing and relevant domestic issues like trade, individual rights, and budgets.

Learn about IDIA’s other 4-day conferences

Advanced committees at Model Congress conferences take things a step further by representing bodies like the Supreme Court or the President’s executive staff in the West Wing. Many IDIA conferences have also featured historic advanced committees set during a pivotal time and place in American History: President Kennedy’s cabinet during the Cuban Missile Crisis, or the state government of New Orleans on the eve of Hurricane Katrina in 2005. 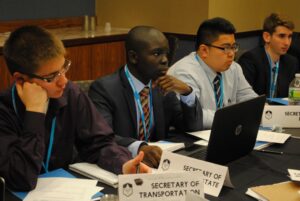 Just as in Model UN, all Model Congress committees at IDIA programs are connected back to a central educational focus that provides a timely theme for that year’s events. 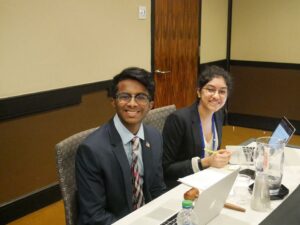 Topics debated at Model Congress often hit close to home for many students. However, it provides a tremendous opportunity to help students reach beyond their own personal borders and tap into “foreign” issues on the domestic front that are under-covered by mainstream sources.