On behalf of RMC Staff, I would like to formally welcome you to Rutgers Model Congress 2023!

The theme of this conference is the effect of shifting perspectives on foundational principles, and invites students to examine how our American system of laws, based around our founding documents, can or should change in regards to shifting national character and identity.

When the constitution and the bill of rights was written in the 18th century, the authors were representative of that time. While it’s clear the authors endeavored to embed timeless ideals into these documents, it’s also true that their words – and the resulting policies that flowed from them – were necessarily reflective of the needs of the contemporary population. Over the last few decades, demographic shift in America has accelerated and ultimately surpassed the kind of change typical in a single country over such a relatively short time span. In terms of race, origin, socioeconomic class, culture, gender identity, sexuality, disability status, and other categories of identity, the United States in 2023 does not closely resemble the country as it was in 1787. While there has also been over two centuries of legislation and jurisprudence accompanying this change, depending on who you ask, our most basic frameworks of policy have failed to keep pace.

The United States’ capacity for unity alongside a diverse population has long been a point of pride in the national consciousness, but the country remains divided along several important lines. The intersectionality of a person’s individual identity, how they view a specific issue, and how an issue impacts them should be taken into account in effective policy making. I urge students at RMC 2023 to think about the intricacy and complexity of passing bills that address the needs and rights of an ever-changing, distinct population. Think about how current laws and policies succeed or fail at addressing the diverse population. Think also about how the issues discussed at RMC 2023 affect your own community. One of the best aspects of model congress is its ability to present hyper relevant and even local issues, and I challenge you to not only think critically about the content of your bills, but to envision their execution in the real world.

Our staff has worked tirelessly to create a thought-provoking and fulfilling committee experience. Please do not hesitate to reach out to me with any feedback or questions at [email protected] We here at RMC 2023 are excited to meet you all in April!

Browse the committees available at this year’s RMC, and start the registration process.

Where?
Rutgers Model Congress will be taking place at the Hyatt Regency in downtown New Brunswick, NJ.

RMC is a four-day conference that begins on Thursday evening and continues until Sunday morning. Delegates debate their topics in committee, and also have the opportunity to attend workshops focused on both policy issues and life skills.

Lodging is provided at select hotels conveniently located at or near the conference premises. Please see details below, or email [email protected] for more info on how to include lodging in your registration.

This schedule is tentative and subject to change.

As an IDIA-sponsored conference, IDIA adheres to a uniform set of rules governing participant conduct, debate style, and awards. Please see detailed policy documents below, and email [email protected] with any questions.

In accordance with local, state, and federal guidance as well as the protocols established by the Hyatt and the City of New Brunswick, IDIA will be enforcing several new COVID-19 rules for all conference participants, chaperones, and staff.

If you have any questions regarding COVID-19 protocols, please contact us at [email protected]

Register your team for RMC today, and ask us about available scholarships for schools and students with demonstrated need. 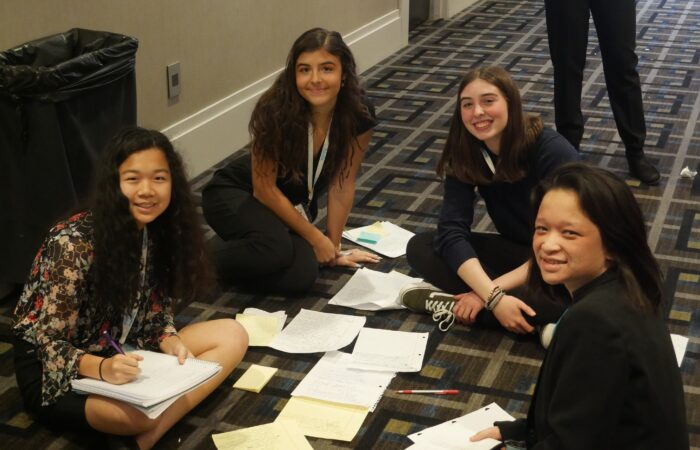